How to become a peacemaker

OMNIA's training is a state-of-the-art method of peacemaking. It prepares you to collaborate across differences, build power by organizing people and money and act strategically on issues that arise from the ground-up in your community. Combining the best practices of Interreligious Dialogue and Community Organizing, the training has energized some of the most marginalized communities in Bangladesh, Nigeria, Sri Lanka and Uganda. Now, it's taking place online.

This training is not for the faint-hearted. It will help you develop courage and self-confidence to become a powerful peacemaker.

The next training will begin on Saturday, July 16th, 9:00 -- 11:00 am. (US/Canada Central Daylight Time) and will meet each Saturday for six sessions until Saturday August 20th. There will be asynchronous video sessions and assignments in between.

Participants must commit to attend all sessions. Since the work of justice and peace can never be done alone, it is necessary that participants commit to participating in an existing one or starting a new Interfaith Peacemaker Team. 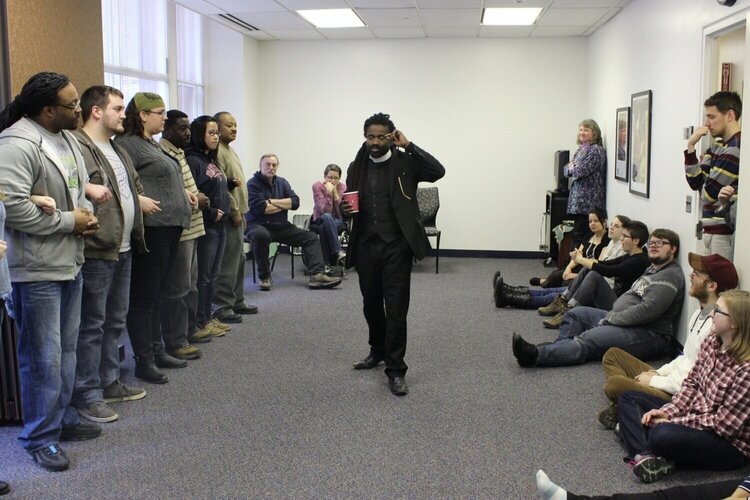 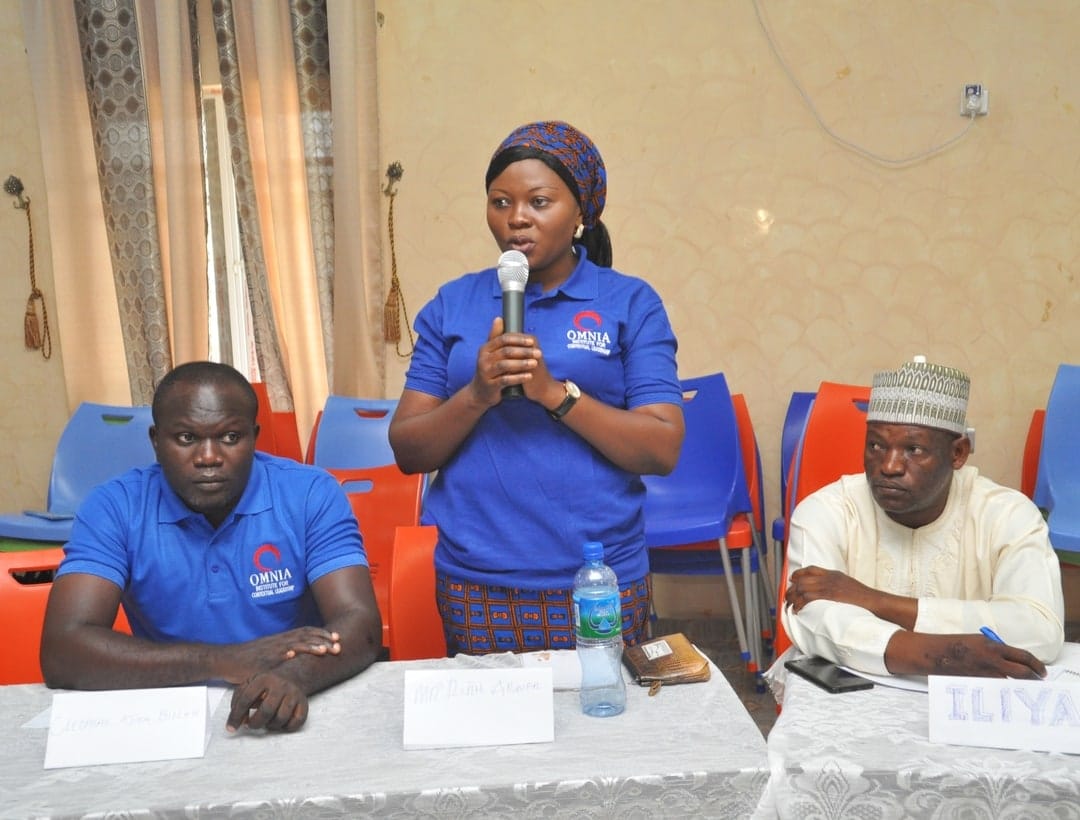 Ruth Abner, one of the prominent women leaders in the IP Team movement in Nigeria.

In case you live in a context that does not have Interfaith Peacemaker Teams, or if you are unable to participate in a Virtual IP Team, you may still participate in peacemaking. Sponsor an IP Team
‍
Sponsoring gives you the opportunity to:
1. Build relationships with the IP Team members via correspondence or conversations (on WhatsApp, Zoom or telephone.)
2. Support the training, coaching and monitoring of an IP Team for US$600 per year ($50 per month) or supporting particular projects that an IP Teams may undertake.
‍
We are looking for friends who are willing to support the work of Interfaith Peacemaking by sponsoring an IP Team in Nigeria, Sri Lanka or Bangladesh.

Join Us to Dismantle Supremacy

For the past year, OMNIA has engaged in conversations on dismantling supremacy. It included those with varied identities: religious, race/caste/ethnicity, gender, sexual orientation and nationality. Now we want to deepen that conversation and invite you to join us.
‍
To participate please sign up below, and we will invite you. Please read this draft recommendation that our Advisory Board is working on.

Whereas supremacy is a widespread and destructive mindset infused in individuals and systems spanning much of the world, which creates hierarchical structures, as well as social, political and economic systems that lead to oppression, domination and violence; and
Whereas many religions, despite espousing teachings that inculcate egalitarian values, are also caught up in supremacist structures and perpetuate them, contributing to, and participating in the same systems of oppression, domination and violence; and
Whereas supremacy is a substantial obstacle to peacemaking, since anytime one group of human beings decides that they are better than, more worthy than, more capable than, more favored by God than others, collaboration is impeded, and peace is thwarted; and
Whereas during the year 2020-21 OMNIA has engaged in a series of conversations on supremacies such as religious, racial, castist, colonialist, patriarchal and will continue to discuss supremacies over the earth and supremacies over those economically marginalized;
Be it resolved that the Advisory Board of OMNIA Institute for Contextual Leadership recommends that OMNIA declare itself an anti-supremacist organization. 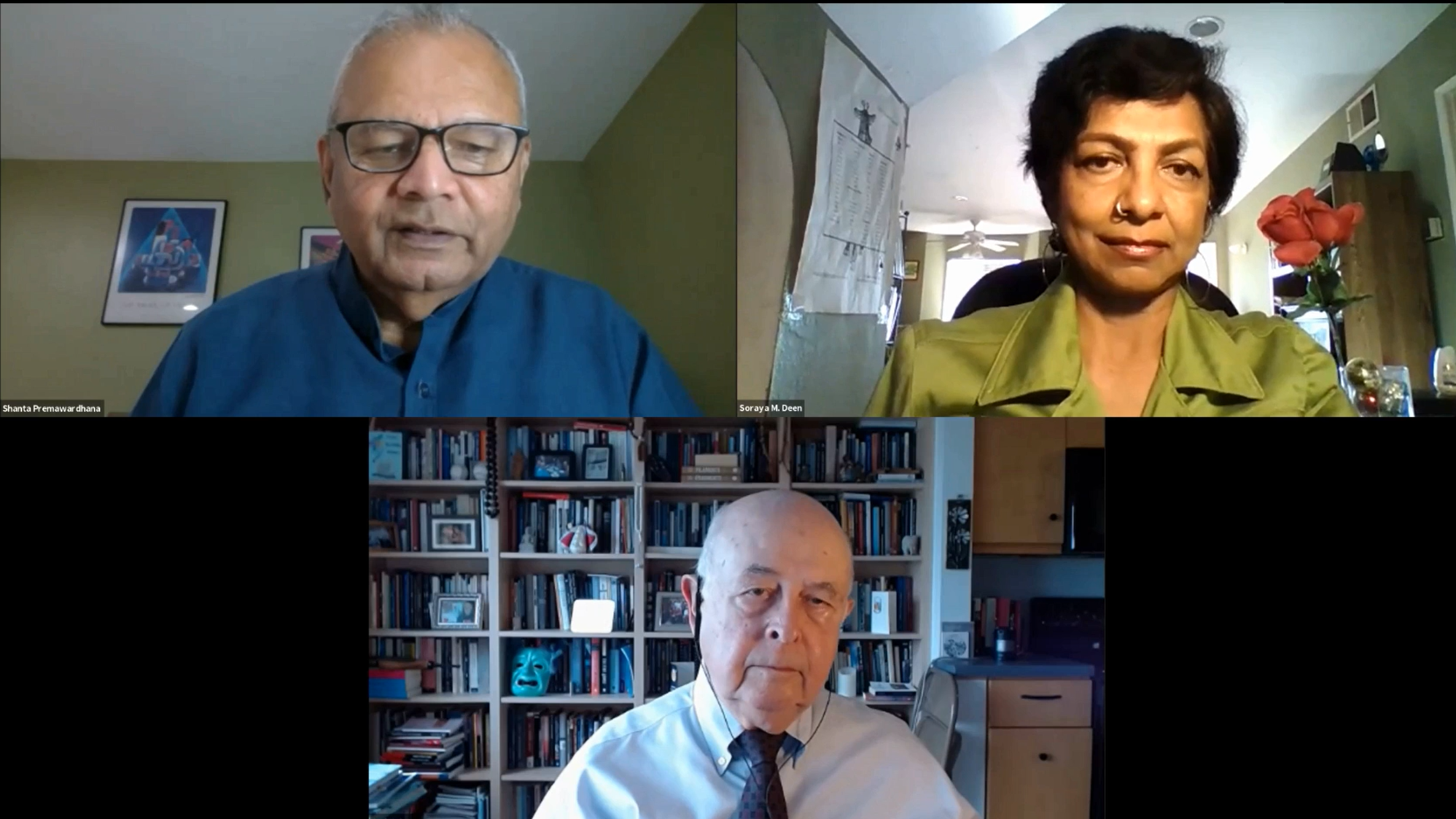 Dr. Paul Knitter, Ms. Soraya Deen and Dr. Shanta Premawardhana invited the attendees at the Parliament of the World's Religions to join in Dismantling Supremacies Conversations. Click here for the Video. 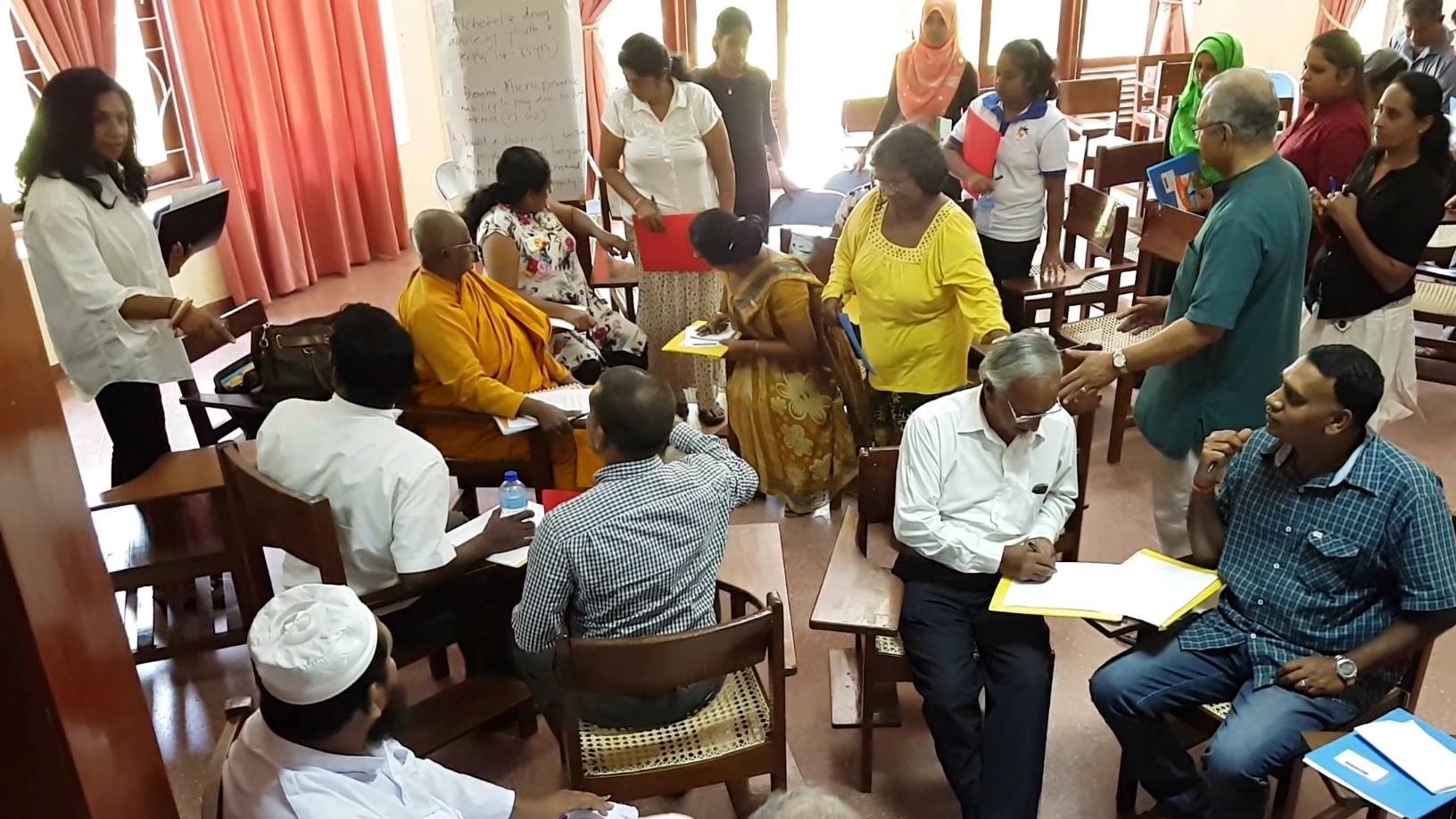 Use your training to build an Interfaith Peacemaker Team in Sri Lanka, Nigeria, Bangladesh, in your own community, or virtually!