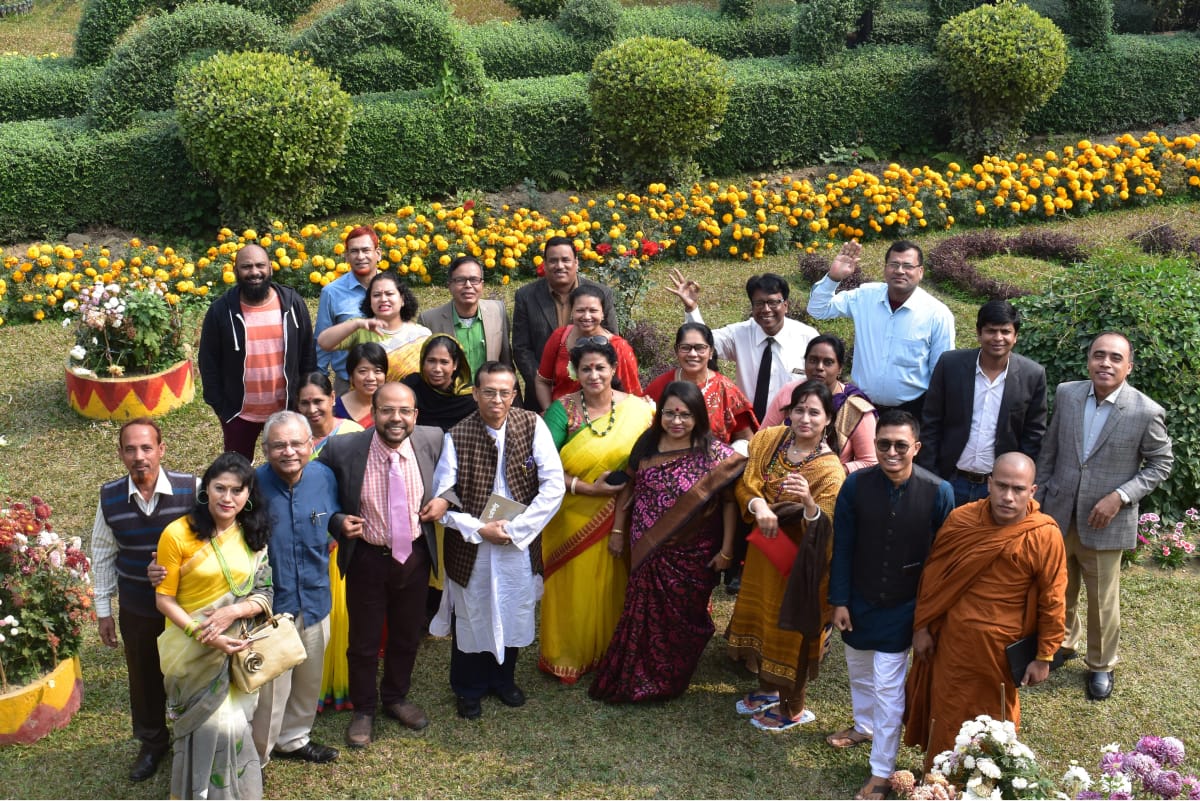 Rev. David A. Das is the General Secretary of the National Counci of Churches of Bangladesh.

Rev. David A. Das is the General Secretary of the National Counci of Churches of Bangladesh.

The dilemma – die from covid or die from hunger?

The Partition of India during its struggle for freedom from British colonial rule resulted in a massive migration of Muslims to the newly established East and West Pakistan. East Pakistan, which in 1971 became Bangladesh has over 161 million people. Ethnically, almost 98% of the people are Bengali, and about 89% are Muslim, with about 10% Hindu. Under 1% of the people are Christian or Buddhist.

Emperor Akbar the Great (1542-1605) had a significant influence on Bengali culture. He incorporated  Islamic values and religious activities into the culture, such that today, it is difficult to separate those from Bengali culture. Yet, since his Sufi-orientation compelled him to not overlook the Hindu, Buddhist and Christian values, he created the humanistic philosophy,  Din i Ilahi, which, in Persian means, a godly lifestyle. Bengali culture therefore is a humanism-based, inter-religious outlook, which encourages people to honor the creator who has created all as human.

Bangladesh is plagued with serious challenges. In recent times, religious extremists have threatened national unity and communal harmony. Supremacist attitudes and social structures such as patriarchy and caste take a massive human toll. Climate-change oriented catastrophes such as hurricanes and floods destroy communities. Large numbers of poor people who tend to live in low-lying waterfronts are particularly vulnerable.

The National Council of Churches of Bangladesh (NCCB) is a 67 year-old fellowship of fifteen protestant Christian denominations and eight Christian organizations/associations with over 120,000 members throughout the country.  It also has close functional ties with the Roman Catholic Church and other fraternal organizations. “Working for greater unity in diversity to promote faith, witness and services towards a just, humanitarian and peaceful world,” the NCCB, since its beginning, has been clear about its need to develop interfaith relationships. Under the leadership of Rev. David A. Das, General Secretary, the NCCB has incorporated OMNIA’s Interfaith Peacemaker Teams as a part of its work. Today, Bangladesh has 29 Teams active in the city of Dhaka including in slum areas in Old Dhaka, in villages surrounding the city, and in the Chittagong hills.

Covid-19 had a significant impact on some of the marginalized communities where many people are daily wage earners. When restrictions of movement were imposed the by the government, they had no means of earning a living. Some garment factories, which employ large numbers of women, closed down leaving them unemployed. The led Rev. David Das to remark: “If they don’t die of Covid, they’ll die of hunger.”

Thank you! Your submission has been received!
Oops! Something went wrong while submitting the form

This is some text inside of a div block.