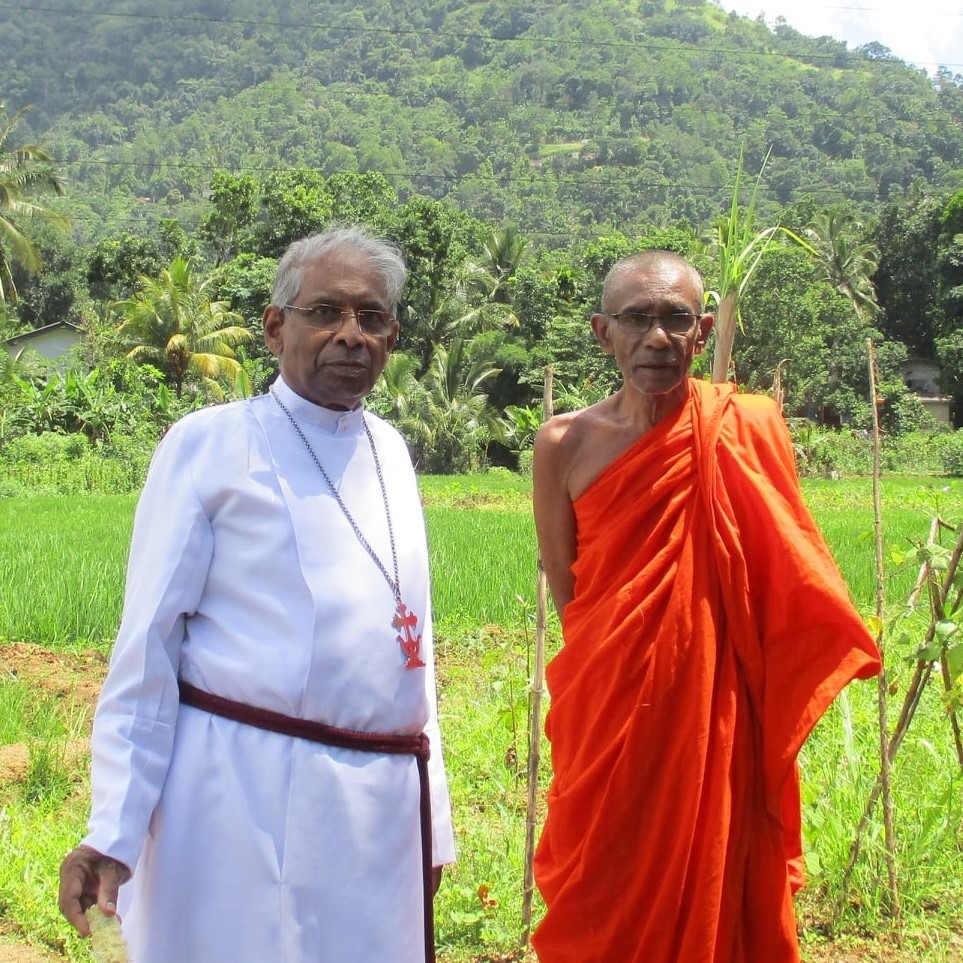 Every village a peacemaker village

At 60 years of age, she is tired – and yet Ms. Selvayohini continues to search for her son, who has been missing for twelve years He would now be 32.  Many young people like Selvayohini’s son were caught in the 26 year-long war between the terrorist organization LTTE (Liberation Tigers of Tamil Eelam) and the Sri Lankan government, have gone missing and are presumed dead.

It was Selvayohini’s indomitable spirit that led her to participate in one of OMNIA’s Interfaith Peacemaker Teams in Jaffna in the northern province of Sri Lanka where 8 years ago, the war raged.  She was one of 65 Sri Lankan activists, theologians, educators, and government workers who attended OMNIA’s Interfaith Peacemaker Teams training events in Sri Lanka’s capital city, Colombo, and in Kandy, where extremist Buddhist mobs engaged in violent attacks against  Muslims a few months ago.  “I came because OMNIA gives me hope of finding my son,” she said  through tears.

Hope. It was a theme heard often over the past two weeks in both Sri Lanka and Nigeria where local OMNIA leaders have conducted simultaneous training events in its campaign to build community based Interfaith Peacemaker Teams in conflict regions around the world. This most recent heightened activity on two troubled continents signals both a sense of urgency and a recognition of OMNIA’s significance as a proven and relevant power in addressing the growing Selvayohiniglobal tensions through its Interfaith Peacemaker Teams.

In Colombo, fifteen leaders from the Northern and Eastern provincesreceived advanced training, which gave them skills to lead Interfaith Peacemaker Teams. They had previously participated in the basic training.  Rev. Sathian Kadirgamar, a retired Methodst pastor, and one of OMNIA’s key organizers  has led the formation of  six Interfaith Peacemaker Teams in these areas.

In the Kandy region, where tensions between Buddhist extremists and Muslims continue to flare, Anglican Bishop Kumara Illangasinghe organized OMNIA Interfaith Peacemaker Team training events for more than 50 Buddhist, Hindu, Muslim and Christian leaders.  Led by OMNIA staff, this brings the number of leaders trained in Sri Lanka within the past year to 185.

While in Kandy, members of the OMNIA team visited the village of Digana, where Buddhist extremist violence wrecked Muslim communities six months ago. They heard stories of struggle and survival from villagers where Muslims were beaten and killed, and Muslim-owned businesses and mosques were burned. These struggles “from the ground” form the foundation of OMNIA’s training and informs its strategy as Interfaith Peacemaker Teams engage their communities for peace.

More must be done.  Dynamics on the ground in Sri Lanka are changing daily, where the national government has descended into a constitutional crisis not seen since the end of colonialism.  Concurrently, old wounds are being reopened as a mass grave was discovered recently, escalating the fears of people like Selvayohini that the remains may be those of  hundreds of missing soldiers, including her son.  OMNIA has developed a strategy for engaging with communities in this volatile situation - one that promises a plan for peace that engages the best of Sri Lanka’s resources and strengths.

Thank you! Your submission has been received!
Oops! Something went wrong while submitting the form

This is some text inside of a div block.