OMNIA: A Lego-like Platform for Building a Global Movement for Peace

The picture above is of a teenagers' IP Team in Bangladesh.

“If they refuse to believe in our religion, you can put them in a room and start a fire. I too used fire in some rooms. That means I killed a lot of people inside that room. Many children… and old people. If you kill any person, you will feel happy because you are a special person in the hereafter. If you are not a true believer, even if you are a Muslim… if you do not believe in Boko Haram you are not a believer, your blood is allowed to shed.”

These chilling words of a young man (about 20 years old) were videotaped at an OMNIA training event in Northeastern Nigeria in 2017. You can watch the video here. He and another young man broke away from the brutal terrorist organization Boko Haram in a daring and dangerous escape. They found their way back home to Gombe City where we were training Muslim and Christian religious leaders to build Interfaith Peacemaker Teams. Boko Haram arose in Nigeria in the early 2000s and grew into prominence after 2009 for its brutal tactics of killing mostly, but not only Christians, burning villages, and destroying churches and mosques. While on a raid to their own village, when the two young men were ordered to go into their own homes and kill their parents, they balked. Rather than do that, they found a way to escape.

In front of about 70 religious leaders at the training, the two young men confessed their culpability and made a commitment to turn their life around. They planned to start a small business with the promise -- to the astonishment of all present -- that when that business grows they would hire Christian young men to help them. A few weeks later, with OMNIA’s help, they opened a barber shop in town. When one of the young men went on to university, the other, true to his word, hired Christian young men as partners. This week I learned that the barber shop has now franchised, and they have 10 locations around Gombe City.

There are hundreds of stories of the accomplishments of Interfaith Peacemaker Teams (IP Teams) that can’t be described in a short blogpost. However, you can read an inspiring  compilation together with other documents about the IP Teams by clicking this link.

Each Interfaith Peacemaker Team with about 20 religious leaders (clergy and lay, women, men and young people) many of whom are leaders of congregations, are building a culture of social cohesion. This results in a reduction of people’s tolerance for extremism, and a corresponding reduction in the level of violence, making it difficult for groups like Boko Haram to recruit from their communities. In just 5 years, OMNIA has built 181 IP Teams in Bangladesh, Nigeria, Sri Lanka and Uganda. We also have 4 Teams that meet virtually (on Zoom), addressing systemic racism, patriarchy, climate change and refugee/migrant justice.

OMNIA Peacemaker Teams are a platform; a Lego-like platform on which, teams can build whatever they like. We give them the platform, they bring the bright multi-colored bricks and specialty pieces, and we teach them the rules and techniques of building it. Only, we insist that it must be done in teams. And just like how it is when a child is working on Legos, it may not look like much at first, but slowly a beautiful structure begins to take shape.

It took shape in Sri Lanka, where the severity of the Covid pandemic restrictions caused many IP Team members who are daily wage earners and their families to go hungry. Then the country's economy collapsed, resulting in lack of food, gasoline, power cuts and protests in all parts of the country demanding that the government step down.

For the IP Teams, food security became an overwhelming issue. Five teams collaborated, partnered with a local farming organization, received the local government official’s support, and built a Home Agriculture project. On 17-acres of land provided by a local Buddhist temple, the teams created a vegetable and yam nursery.  The participants – local villagers and IP Team members – first received a training on the principles of organic agriculture and were then invited to take whatever seedlings and plants they need from the nursery and plant in their own back yards, providing a steady source of supplementary food. Some cultivate spices – for which Sri Lanka is famous – from which they receive an additional income. Having learned from this experiment, the IP Teams are now building a second, much larger project at another location.

Building relationships by understanding another’s self-interest -- their values, vision and vocation that compel them -- is the primary discipline of the OMNIA platform. Its technique comprises three key elements:

* collaboration across differences (such as religion, ethnicity and gender),

* building power by organizing people and money, and

* strategic action which means learning to evaluate the team’s level of power, and    determining how to cut an issue that is urgent, relevant and winnable.

Because they undertake only those issues that they determine they can win, they invariably do. As a result, more people join them, which enables them to tackle larger issues.

IP Teams in Bangladesh have specialized in addressing child marriage, where even though it is illegal, child marriage is a long-standing cultural practice.

The story begins with 14-year-old Sumi’s forced marriage. The bridegroom demanded a large dowry – an equivalent of USD 900 -- an impossibly high amount for a poor family. Somehow the family managed to borrow the money and gave her in marriage, which they hoped assured her of a more secure life. One year into what turned out to be an abusive relationship, Sumi realized that her husband was already married and that his wife was working in the Middle East. She immediately ran away and returned home, although, in doing so, she sacrificed her dowry. When the local IP Team inquired into this, they learned that this was a pattern. This man would marry young girls for the dowry and mistreat them so they would run away, and he would keep the dowry. The IP Team’s analysis of power showed that they did not have the power to take on the legal (sharia) system which favors the man even allowing multiple wives. They did have the power to exert heavy social pressure on the man until he relented and returned the money.

A teenagers’ IP Team ran into a similar situation when one of their own 16-year-old members was to be given in marriage. They spoke to the family and to the village elders, begging them to wait until the girl was 18. They held protest marches and organized public demonstrations, but nothing would move them. Then they had a bright idea. Bangladesh also has an IP Team of lawyers. (Some IP Teams are organized around professional networks.) The teenagers asked the lawyers’ team for help. They told the parents that child marriage is illegal, and if they go through with this marriage, they will be sued, which immediately brought the matter to an end.

Critical issues around entrenched patriarchy, such as child marriage, cannot be overcome without long, persistent wins like these. In cultures where religious leaders, pastors, imams, Buddhist and Hindu priests are enormously influential, they need to be convinced that some of our ancient traditions– what OMNIA calls “received” theologies -- oppress rather than liberate; that if it were to be liberative, theology must begin from the questions and struggles that arise from ground-up. 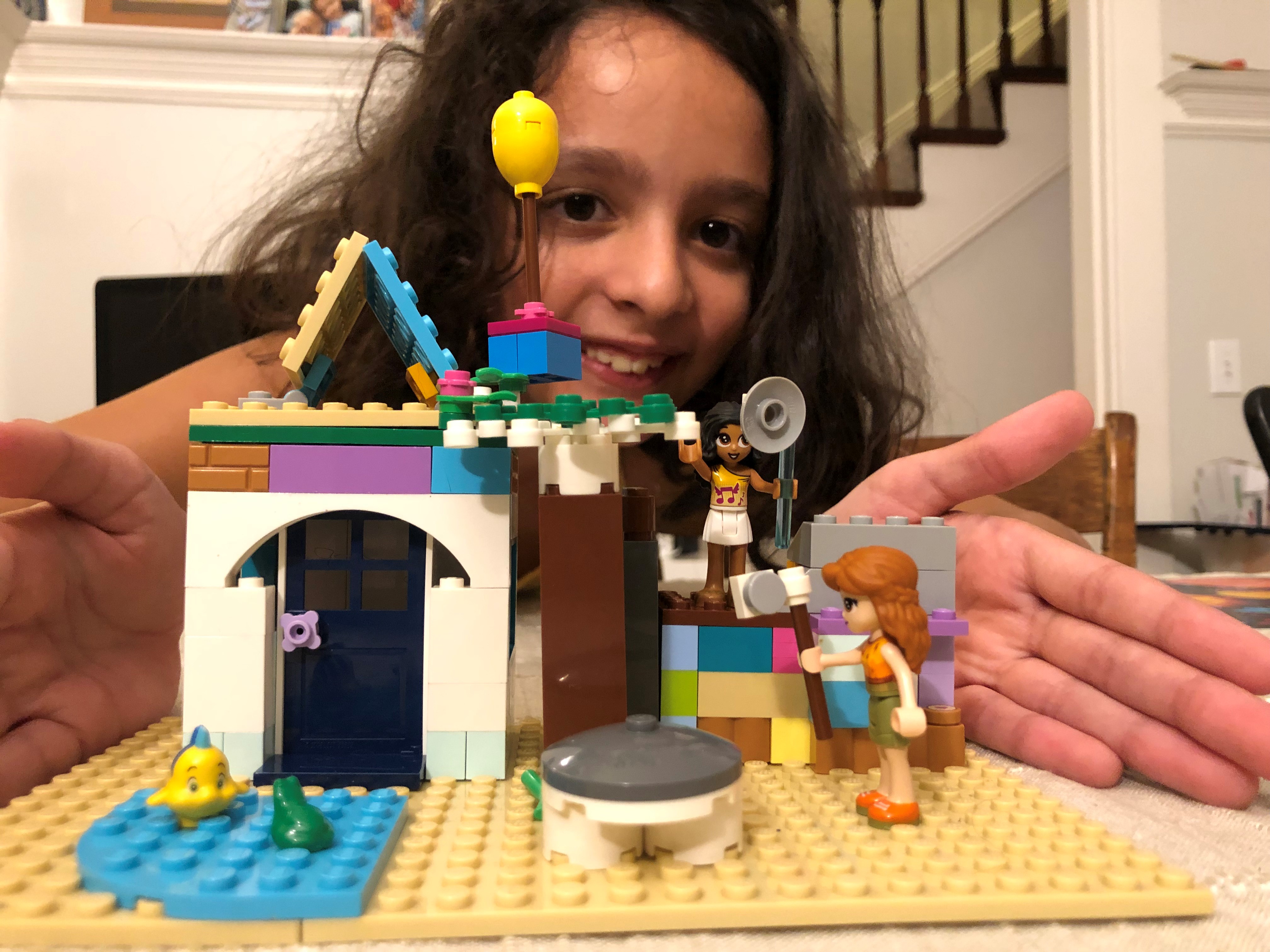 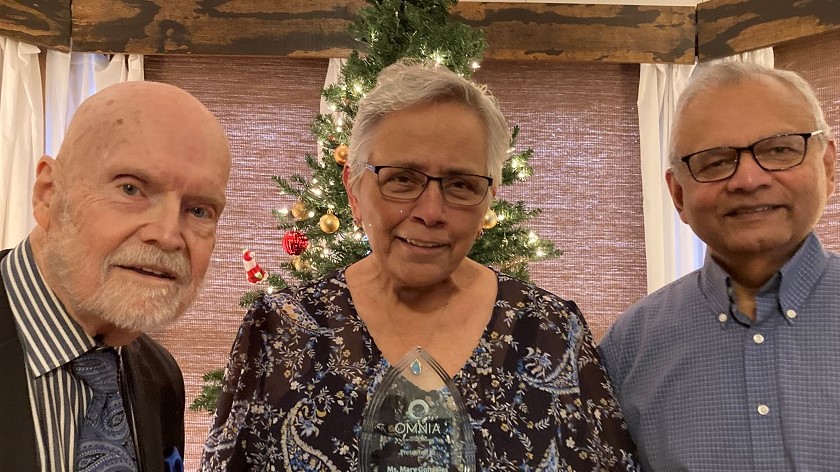