"Food is the Pathway to Peace" - OMNIA's Contributions

“If Covid doesn’t kill them, hunger will,” exclaimed Rev. David Das, the General Secretary of the National Council of Churches of Bangladesh and OMNIA’s National Coordinator. He said this back in April just as the pandemic restrictions were being imposed.

Many of our Interfaith Peacemaker Teams are located in marginalized communities. Many team members are daily wage earners who found themselves out of work and therefore out of money and out of food. We asked our friends to help, and many of you contributed. Thank you!

Hunger has re-emerged in catastrophic proportions across the world. The combination of violent conflict, climate crisis and covid-19 could push 270 million people to the brink of starvation, said David Beasley, Executive Director of the World Food Program, upon receiving the 2020 Nobel Peace Prize. “Food is the pathway to peace,” he declared. Let me describe how OMNIA is taking that pathway to peace.

Eighty five percent of those who live and work in Gombe city, Nigeria are also farmers. During the rainy season, they go to their villages to work on their farms. The harvest becomes a part of the family’s food supply for the rest of the year. This year, government imposed Covid restrictions coincided with the rainy season. People were not allowed to travel to their farms resulting in a poor harvest and increasing hunger. At the same time, government and corporate warehouses were withholding food supplies. In October, Nigerian youth rose up in protest. On October 21st, a government force named SARS (Special Anti-Robbery Squad) shot and killed several unarmed protesters at the Lekki Tollgate in Lagos and the protests turned towards police brutality and spread across the country.

Interfaith Peacemaker Team leaders, including Muslim and Christian clergy in Gombe city inserted themselves into the protest planning meetings. They influenced the group to recognize the power of non-violent civil disobedience, even in the face of brutal violence. The protests have ended, but hunger persists.

Today, there are 85 Interfaith Peacemaker Teams in Gombe State up from 71 last year. Each team with about 20 tough-minded and focused faith leaders (clergy and lay, women and men) collaborating across difference, building power and acting strategically to break down the large problem of food insecurity into small manageable issues that are urgent, relevant and winnable. When they win a small victory, they can win a larger ones.

Ms. Salina Khatun is a garment worker and a leader of an Interfaith Peacemaker Team in Bangladesh. The garment industry accounts for 80% of that country’s exports and is a $40 billion industry. 85% of the 3.5 million employed by the garment industry are women. They work in sweatshop conditions for 14-16 hours a day and make the equivalent of about US $58 a month.

Covid restrictions caused many garment factories to close resulting in loss of income for Salina and her IP Team. But hope was not lost. They didn’t get discouraged but sprang into action. Collaboration, power-building and strategic action learned at their training resulted in the women pooling their resources to buy or borrow sewing machines. Soon, they started a sewing business making clothes and selling to locals. Starting a business, particularly in this environment is tough, they found out. Pandemic means the locals don’t have much money for clothes either. But the women are determined to make it work.

There are 29 IP Teams in Bangladesh, up from 15 last year, and over two-thirds of the members are women. They are industrious, energetic and powerful.

Food security requires either land on which one can cultivate, or money to purchase food in the market. In Sri Lanka too, Covid restrictions meant that many daily wage earners couldn’t go out and earn. But many of our Interfaith Peacemaker Team members live in villages and have access to a plot of land on which they can cultivate. They are fortunate because Sri Lanka is blessed with lush arable land that can be cultivated all year around.

Five Interfaith Peacemaker Teams in the Gampola district (in the Central Province) decided on an urgent, relevant and winnable project to address the issue. Expecting the pandemic to last longer than anyone anticipates, they agreed to cultivate vegetables and yams in their backyards. The local Buddhist temple, donated farm land, in which they planted a nursery, and distributed plants to all the IP Team members. With advice from Agriculture experts from a local university the nursery was able to produce more than sufficient plants for distribution to IP Team members. They even added mushrooms to the Sri Lankan cuisine!

Mr. Jagath Godamunne, the Government Officer of a village in Gampola District is one of our IP Team leaders. He is a part of a network of Government Officers in the villages in the area. The director of the network, impressed with the work of the IP Teams proposed that he bring 200 Government Officials to a two day-long IP Team training so each of them could launch IP Teams in their own villages.

Despite Covid-19 restrictions IP Teams are strengthening and expanding in all our locations. When people hear about the successes of an IP Team in the next village, they clamor for one in their own village as well. Many seem to know instinctively that collaborating across difference is how we are meant to be. Yet it is difficult because our separate religious traditions stand in the way. We are noticing that large numbers of people of all faiths are willing to dismantle their exclusive theologies and supremacist traditions and allow new thinking to emerge from the ground up. They are the ones leading the way.

Interfaith Peacemaker Teams are finding creative ways to address food insecurity. As they do, they become the building blocks of a new movement towards a world of justice and peace. Do partner with us, and contribute to this emerging new reality. 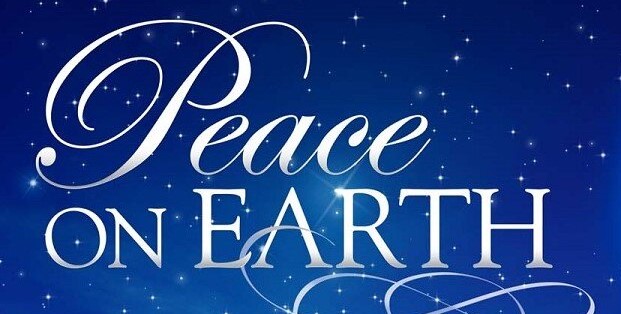 Disease
"Food is the Pathway to Peace" - OMNIA's Contributions

“If Covid doesn’t kill them, hunger will,” - Rev. David Das, the General Secretary of the National Council of Churches of...