From Boko Haram to Barbershop

From Boko Haram to a Barber Shop to a Franchise!‍

GOMBE, Nigeria -- This picture was taken in 2017. The barber is one of two young men who escaped Boko Haram when they attacked the young men's village and ordered them to go to their house and kill their parents (yes, they are that barbaric.) The two guys ran away.

Eventually, they found their way to our training in Gombe. And ‍at the training they agreed to turn their lives around.

The two Muslim young men promised their elders present at the training, that when their business grew, they will hire Christian young men to help them. Such collaboration is unheard of in Northeastern Nigeria. With some startup funds and Rev. Abare Kallah's help, they opened a barber shop in Gombe City. When one of the young men went off to university, his place was taken by a Christian young man.

That Barber shop has now become a franchise. They now own 10 barber shops in the area, run by Christian and Muslim young men -- and in just four years!

Click here to see the two young men in the first few minutes of one of the first videos we made on Nigeria. 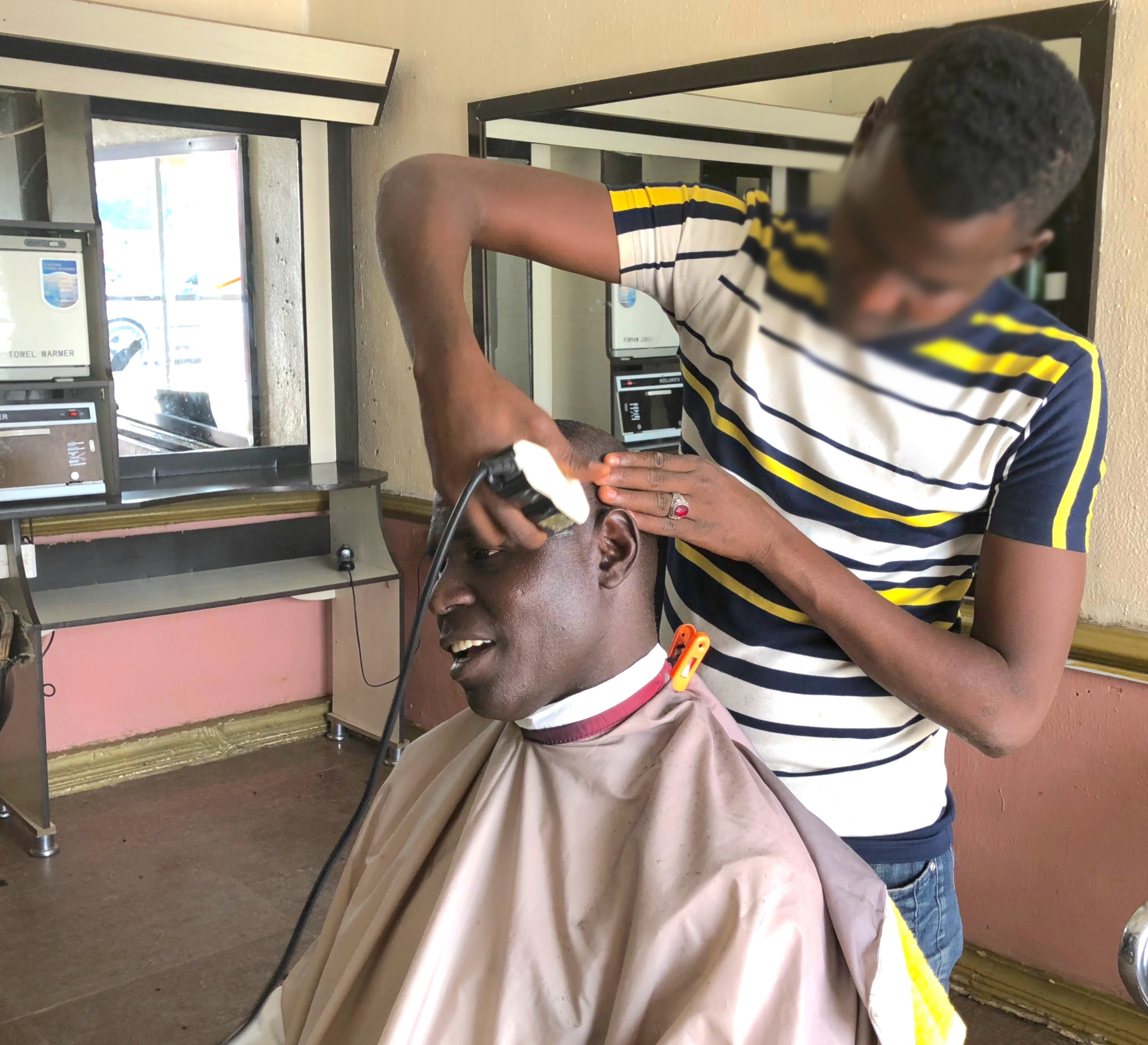 This young barber together with a friend (names withheld) escaped an extremist camp. and came to OMNIA’s training. Here he is giving Rev. Abare Kallah a haircut.