The first thing one does when starting a program is visit the Paramount Ruler of the traditional kingdom. When we first did so, they asked if OMNIA was bringing something from Chicago that they did not know about. Our answer set the stage for our welcome.

"Neither Christianity nor Islam is native to Nigeria" we said. "Christianity came via colonialism and Islam through Arabic traders. Both brought with them 'Received Theologies' attributes of which are exclusivity and superiority. Both religions said don't talk to the other, and don't look for answers in the Nigerian soil, because they are evil. Our task is to deconstruct the 'Received Theologies' of both Christianity and Islam and lift up the seeds of peace that are native to Nigeria.

GOMBE-- In September 2021, one of our IP Team leaders, Alhaj Muhammadu Muazu Kwaryanga II was crowned the Emir of Funakaye. As a Traditional Ruler he is considered royalty. He attributes his success directly to the training he received: “Through OMNIA I learned to understand and declare my self-interest, collaborate with others, build power by organizing people and money and act strategically. This is how I got to this position where I can serve my people more effectively.” 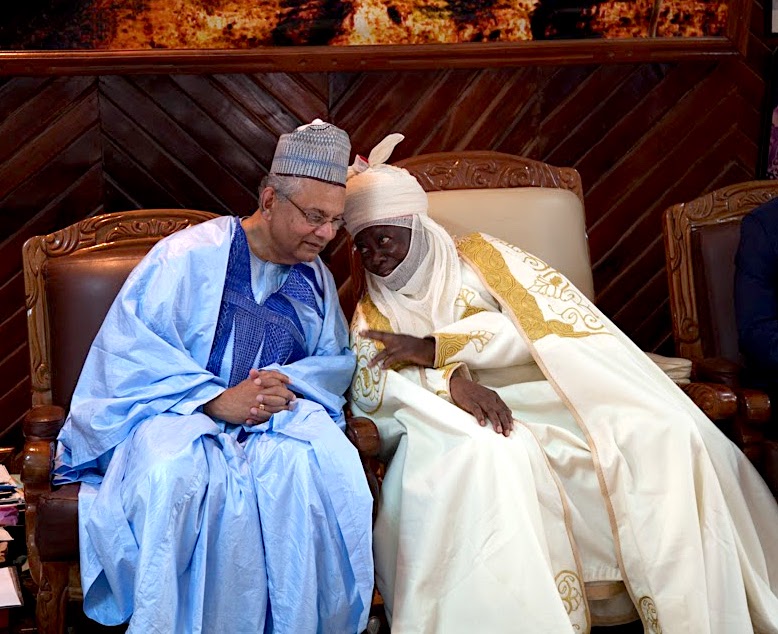 His Royal Highness Bala Waja is the Paramount Ruler of Waja land in Gombe State.