A Muslim And A Christian Build A Women's Movement

KALTUNGO, Nigeria -- At an OMNIA training event Ruth Abner (a Christian) and Zuwaira Alhassan (a Muslim) agreed to go back to their town of Kaltungo and encourage Christian women and Muslim women to pair up and build relationships through one-on-one conversations. Three months later, 11 pairs of women convened to discuss what they might do. Encouraged to continue building relationships, nine months later over 120 women crowded into a small auditorium consider next steps.

Historically, Kaltungo has been vulnerable to election-related violence and a general election was only a few months away. The team decided that preventing such violence was an urgent, relevant and winnable goal. They organized 3 community feasts in three locations. Over 1000 women gathered at each location.

The Call to Action asked the women to promise that they will demand that their husbands and sons reject violence. If they didn't, they threatened to go on strike. They would not cook, nor would they have sex! Instead, the women would gather at the center of town and protest the men! There was no violence in Kaltungo during the election of February 2019. Now over 3000 strong, they are in 20 IP Teams working on a variety of other issues. 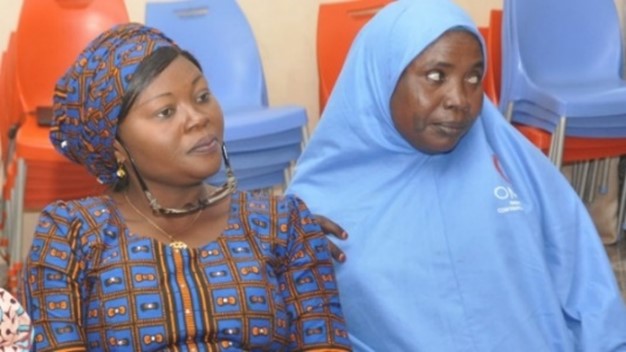 When Ruth, a Christian, and Zuwaira, a Muslim, met at OMNIA’s IPT Training event, they decided to organize an interfaith women’s movement for peace.